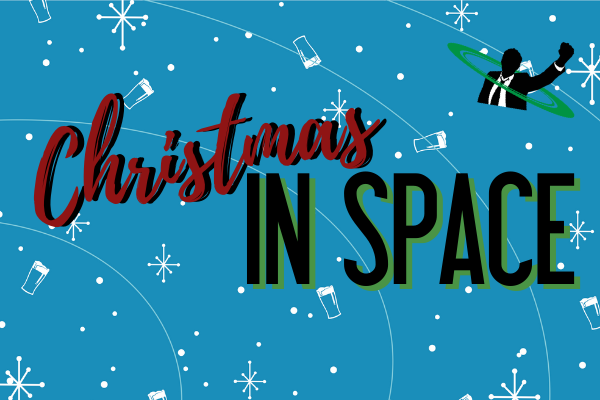 Mark your calendars for Dec.16: Christmas is taking a holiday in space...again!

Glitz up in your most holiday-metallic, intergalactic, Griswolds-meet-the-Jetsons, rocket ship Santa-inspired outfits and join us at the Garage as it transforms into an interstellar, brew-fueled beacon for one night only.

This Monday Night Christmas party will include:

Tickets include three beers (full pour of core and seasonal, half pour of limited release and Garage series) and a gold-rimmed, Monday Night Santa mug -- perfect for that egg nog nightcap after the party.

Got three or more friends to join you? Take advantage of the group ticket option - you’ll each receive $5 off your ticket when you purchase together. No pressure, but this is also a great way to commit your friends to the group costume contest to win some MNB goods.

We've got the finalized beer list for Monday, including some out-of-this-world (get it?!) dark beers:

And we may bust out a few surprises along the way.