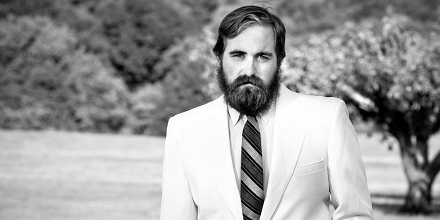 Doors open at 7:00pm
Tickets are $15
Online, phone and outlet sales close at 6:00pm on the day of the show
For more information visit centerstage-atlanta.com

David Mayfield
If you’ve seen David Mayfield perform with The Avett Brothers, Mumford & Sons, Jessica Lea Mayfield, or at Bonnaroo, you’ve caught the charisma, the heart, and the comedy, and it's likely you’ll come back for more.
This singer-songwriter, band leader, and Grammy nominated producer stepped out of the sideman shadows with his 2011 album "The David Mayfield Parade" his follow-up "Good Man Down" was self released and funded with a surprising succesful Kickstarter campaign that more than doubled its initial goal of $18,000. On the heels of that sucsess, Mayfield has partnered with Compass Records. A label that Playboy Magaizne calls "Nashville's hippest alternative label"
STRANGERS, Mayfield’s first album with Compass, is a tour de force, stretching from the avant-garde to Mayfield’s musical roots, which are buried deep in the bluegrass tradition from a childhood of touring with his family’s band. Tracks range from the Celtic-inspired opener “Caution,” which features Mayfield’s deft ability in orchestrating complex instrumentation, to “The Man I’m Trying to Be,” a sharply honest song that is as dark and it is tender. Mayfield is truly a wordsmith, forging the mundane into the evocative in each track, most notably with “Ohio (It’s Fake),” whose innovative lyrics are propelled from acoustic beginnings into a pure pop finish, Mayfield’s trembling tenor rising above the grooving band.  With the release of Strangers, David Mayfield is clearly going places, fueled by a deadly combination of infectious energy and songwriting chops that only come around once in a blue moon.
Sean McConnell
Growing up in the coffee houses of the Boston folk scene, Sean watched his parents playing songs written by Joni Mitchell, Bruce Springsteen, Bob Dylan, David Wilcox, Shawn Colvin, Harry Chapin, CSNY, James Taylor and others of the like. Unknown to himself or his parents, Sean was soaking it all in and locking it away somewhere inside.
Now, an artist in his own right, Sean travels the states performing his own style of music that he describes as “Lyric Driven Roots Rock with Soul.” A live Sean McConnell show is truly a dynamic experience. One moment reckless rock, and the next an intimate acoustic pin drop moment. While most of his performances these days are backed by his four piece band, you can sometimes find him by himself on a stool with a guitar getting back to the basics. “In whatever case”, McConnell says, “It’s all about the song. That never changes. It always starts with an acoustic guitar and a notepad. The lyrics are the point. The story is central.”
These days, Sean finds a lot of his time spent touring Texas where he has truly been adopted into the “Red Dirt” scene. He is a former winner of the “Emerging Artist” award from Lone Star Music Awards.