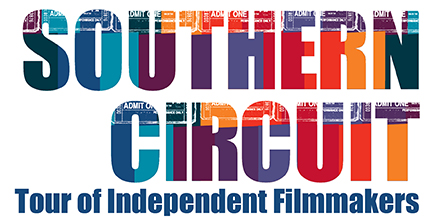 Each event starts at 7 p.m. and runs approximately 2.5 hours. Each film is feature-length and will be shown in full, followed by a Q&A with the filmmaker. Pre-show concessions and beverages will be available to purchase in the lobby 30 minutes prior to show time. Theatre doors for each event open 30 minutes prior to the beginning of the film.

Senior, student, and military discounts are available by calling the box office at (770) 594-6232 or in-person during business hours.

Maya Angelou: And Still I Rise by Bob Hercules
Distinctly referred to as "a redwood tree, with deep roots in American culture," icon Maya Angelou gave people the freedom to think about their history in a way they never had before. Dr. Angelou's was a prolific life; as a singer, dancer, activist, poet, and writer she inspired generations with lyrical modern African-American thought that pushed boundaries. This unprecedented film celebrates Dr. Angelou by weaving her words with rare and intimate archival photographs and videos, which paint hidden moments of her exuberant life during some of America's most defining moments. The film also features a remarkable series of interviews with friends and family including President Bill Clinton, Oprah Winfrey, Common, Alfre Woodard, Cicely Tyson, Quincy Jones, Secretary Hillary Clinton, John Singleton, and Dr. Angelou's son, Guy Johnson. Explicit Content: Mild profanity.