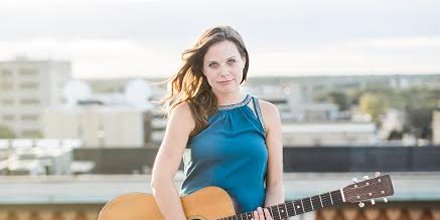 Online, phone, and outlet sales close at 6pm on the day of the show.

Singer-songwriter Sarah Tollerson is reuniting with her band, The Very Big Fantastic, to celebrate 10 years since their first show. Comprised of Joe Bleakley, Andrew Lloyd, Patrick Rives, Alec Wooden, and Trevor Wooden, the band first took the stage in September of 2005 as students at the University of Georgia.

Tollerson was raised in Winder, Georgia, and started singing at an early age with her musically inclined family. After a year in the classical music program at the University of Georgia, Sarah left the south to study songwriting and voice at the world-renowned Berklee College of Music in Boston, Massachusetts. Shortly after graduation, she relocated to Nashville to continue her career as a singer-songwriter and session vocalist. Her songs have received awards such as the John Lennon Scholarship for Songwriting, the Berklee College of Music Performing Songwriter Award, and several fan choice awards on OurStage.com and Upromise.com.

In November 2012, Sarah released her second full length album, “Wherever We Go”. The album was produced by Neilson Hubbard, whose work has been featured on television shows such as Grey's Anatomy and Bones. Recorded at Hubbard’s East Nashville studio, the album showcases 9 original indie folk-pop songs.

Sarah was happy to once again become a Georgia peach in 2013, when she became a resident of the artistically vibrant Savannah, GA.