Tunes from the Tombs 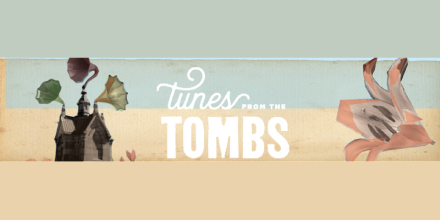 Advance ticketing for Tunes from the Tombs has closed. Tickets are available at the gate for $20 (adults) and $5 for children 4-12.

No outside food or drinks permitted at Tunes from the Tombs. With the exception of service animals, pets are not allowed.

Headlining the MailChimp main stage at Lion Square, Tinsley Ellis and special surprise guests present “Music of the Stained Souls: A Tribute to Col. Bruce Hampton.” Hampton, who was to headline Tunes from the Tombs, passed on May 1 after collapsing during his 70th birthday tribute concert at the Fox Theatre.

Ellis played with Col. Bruce Hampton in Stained Souls, which also included members of Widespread Panic, Derek Trucks Band, and Captain Soularcat. At Tunes from the Tombs, Ellis plays alongside Yonrico Scott, who won a Grammy playing with The Derek Trucks Band and is a member of blues and rock supergroup Royal Southern Brotherhood.

Also performing on the MailChimp main stage are Delta Moon, Secondhand Swagger, Cadillac Jones, and Trey Dahl & The Jugtime Ragband, who will perform Col. Bruce Hampton songs during their sets.

“Bruce Hampton was a huge influence on Delta Moon, as he was for half a century on the entire Atlanta music community. Seeing the Aquarium Rescue Unit at the Little Five Points Pub was one of the main reasons [Delta Moon co-founder] Mark Johnson moved to Atlanta in the first place. He thought, ‘There’s something going on here,’ said Tom Gray, co-founder of Delta Moon.

“We are deeply saddened by the loss of Colonel Bruce Hampton,” said Betsy Trope, manager of special events at Historic Oakland Foundation. “Bringing together this phenomenal line-up of his friends and bandmates will be a fitting tribute to Colonel Bruce.”

Tunes from the Tombs, Historic Oakland Cemetery's annual summer music festival brings some of Atlanta's favorite bands to the city's most unique performance venue. Rock in Peace with cold drinks, the hottest food trucks, kid's activities, and much more. All proceeds from Tunes from the Tombs benefit Historic Oakland Foundation's mission to preserve, restore, enhance, and share Oakland Cemetery.